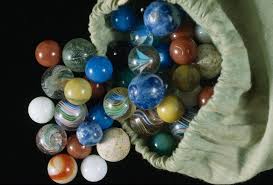 Looking back from today’s world to the mid 1950s in the twentieth century is instructive. Throughout the school system, from kindergarten to high school, there was a strong arts program that featured daily music and art classes. The pace of the regular classes was slower than it now is, or slower than what my kids experienced in grade school. Every Friday our teacher, Mrs. Burgey, (can’t remember how to spell her name) who was a real harridan, would read aloud to us. The book was Heidi, and I learned that though I thought that the idea of hearing a story about a little girl in the mountains of Switzerland was going to be unbearably boring, I found that just such a story would turn out to be riveting, not just to me, but to all of us as we sat utterly quiet, enthralled by the tale of a little girl and her kindly grandfather in a far away country. I wasn’t reading novels yet, and didn’t understand the power of an extended story, in this case one that was played out over weeks. It made me want more, more books, more stories. It wasn’t long after that my mother gave me my first Hardy Boys book.

The kids in my neighborhood walked to our grade school — which was about ten blocks from our house — without any parents hovering over us. Many kids rode their bikes. The only threat, and we didn’t see it as a threat, though many would today, was the one lone, poor, retarded kid – he must have been in his twenties – who rode his bicycle alongside us as we walked. His name was Benny Boots, a big, heavy, doughy kid/man with short scruffy brown hair and a five o’clock shadow on his thick jowls. He was clean, or at least his clothes were clean, so someone must have been taking care of him though no one ever seemed to think about that. Benny, and others like him, the mentally afflicted, were fixtures in small towns everywhere, free to roam the streets and live on the fringes of “normal” people, often the butt of jokes although I never saw anyone treat him in a mean way. He wore a baseball cap that some wag had made and given to him with the letters MT embroidered on the front. Get it? Empty. Sometimes if you were walking home alone, Benny would ride up beside you and say in his slow, low, labored voice, “Want a blowjob?” The answer was always a polite no, because, first of all, none of us kids had any idea what a blowjob was, and second, we had all been taught to be polite to the mentally retarded.

There were other unfortunates in our town. There was an elderly bi-racial couple, a white man and a black woman, who walked around town hauling a small red wagon behind them. They always seemed to me to be wearing too many clothes, jackets beneath coats and pants – the lady wore pants – while they picked up soda bottles and other cast-offs that they sold somewhere.

And there was Karen, in my sixth grade class. People said she was mongoloid, which we now call Down Syndrome, and I have no idea how old she was except she was taller than the rest of us, way taller than me. She looked like a thick, smallish adult, and in my memory she does not have the usual physical characteristics of that disorder. She sat at the back of the classroom and at recess she would offer, to the boys, to go into the cloakroom and show you her breast for a nickel. For another nickel she’d let you touch it. She was very well built, meaning she had large breasts, so she must have been at least a teenager. I never had an extra nickel, and, truth be told, I didn’t have a whole lot of interest in seeing her breast. A few years later, yes, I would have gladly paid a nickel to go into the cloakroom to see her breast, and counted it as a real deal for the price and probably would have coughed up another nickel to touch it.

Does anyone remember cloakrooms? They, at least at the Park School in Parkersburg, WV, (it was later torn down and a CVS built on the land) were rooms that were long and not very wide that ran off the side of the actual classroom. There was a low bench along one wall where you sat and took off your galoshes, those black rubber boots with two or three hundred jangly clasps. You stored them under the bench beneath where you hung your winter coat on the big hooks. Kids who were “bad,” which usually meant you were talking in class, were often banished to sit in the cloakroom until the end of class.

One day in sixth grade, the odious Mrs. Burgey said to Karen, who was in her seat at the back of the class, “I’ll see you on Saturday, Karen.” This completely mystified me, and at recess I asked Karen what she was talking about. Karen said every Saturday she went to Mrs. Burgey’s house and cleaned it and did her laundry. I never said anything to anyone, but this struck me as totally wrong, though I didn’t know if it was because Karen was retarded or that she was probably getting screwed on the payment end of things. I just knew it was wrong for a teacher to hire a retarded student to clean their house. Right? And pardon the use of the word retarded.

Early in the fourth grade, we were assembled in the auditorium for a program put on by a music teacher, Mr. Flint, who taught in junior high. He was still working for the school system when I joined the band in high school and in fact was the teacher who recommended to Frank that Bert, the Boy With A Flute Who Shit His Pants, be put in the band. Mr. Flint was there to introduce us to a wide variety of musical instruments, which he demonstrated by playing a bit on every one of them. I remember his words and can hear the instruments even now.

Now that I think about it, he was just one of many experts who came to schools and demonstrated various things. There were “seasons” for our activities, nothing noted on calendars, but seasons just the same. One day a kid would show up at school with a bag of marbles, and everyone would know that marble season had arrived, and you would bring your cloth, drawstring sack of marbles to play with during recess. Sometimes marble playing experts, older boys out of high school, would come to the grade school and put on exhibitions. Their purpose was to sell whatever brand of marbles were sold in toy stores, though no one in Parkersburg ever bought marbles in the store. Glass was a big industry in West Virginia in those days, and there were a couple of marble factories and it wasn’t hard to coerce your parents into driving over to one where they would browse the gift shop while we kids would scour the gravel driveways and piles of raw glass for marbles that were defective in some way and we’re destined to being melted down and remade again.

Next up? Yo-yo season and the pain of the soap box derby.

3 thoughts on “Breasts, Marbles and Heidi”

Follow Allen Appel – My Life In The Big Red Band on WordPress.com
All of Allen's books can be found on Kindle at Amazon.com. Simply go to Amazon and enter Allen Appel in the search box.
%d bloggers like this: